Where Do Blue Herons Live?

A couple of years ago my sister-in-law told me about a blue heron rookery down the road from where my parents live. I had never seen a blue heron’s nest let alone a rookery and it was quite a sight to behold. The crazy thing about it all is that I had no idea it was there until many years after I moved out of my parent’s house.

The definition of a rookery according to the Merriam-Webster Dictionary is:

I parked on the side of the road and watched blue herons perch on their nests and fly to and from the rookery. 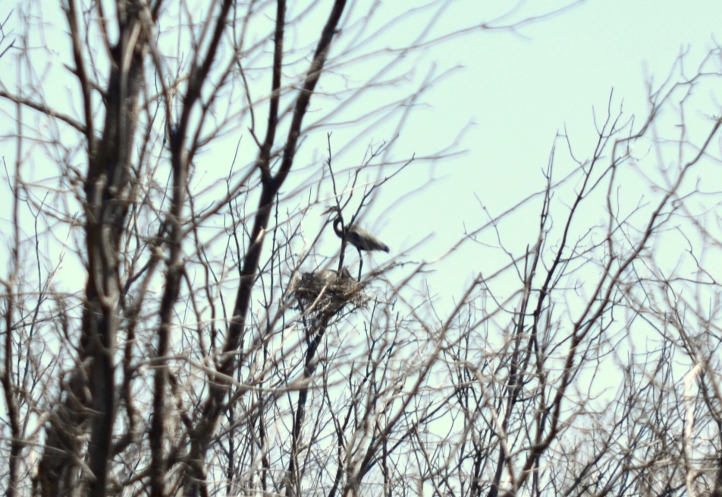 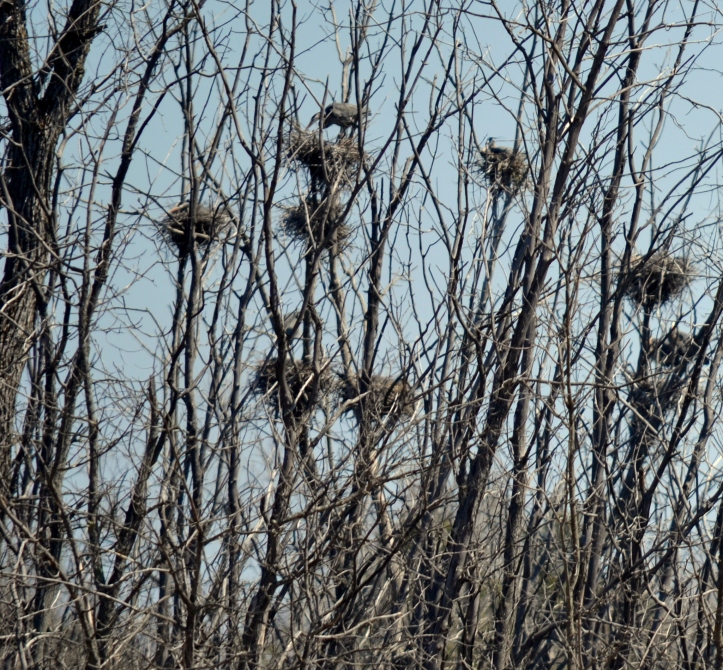 I think I counted about 23 nests, but there could easily be more. I haven’t been to see the rookery for a couple of years and wonder if it’s grown in size.

Have you ever seen a blue heron rookery? Or another rookery?